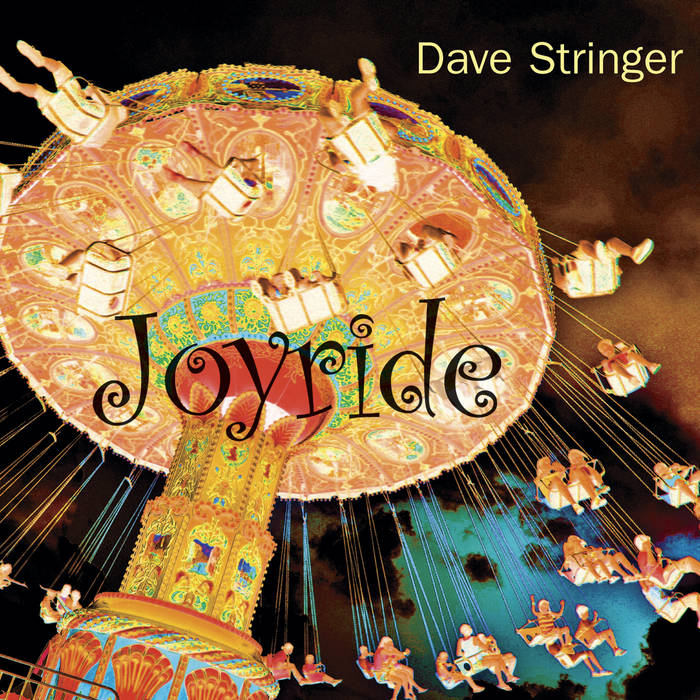 “Enticing, captivating, soulful. The beauty which I’ve experienced at Stringer’s concerts is that the music has the capacity to take me outside of myself into a transcendental state. You get a glimpse into this state with Joyride.”
--- LA Yoga

Joyride is a double-CD album of six full-length live call-and-response kirtans, recorded live in Santa Monica, CA with a large crowd. Four of the pieces are new compositions, two are traditional, and none have been previously recorded. The tracks average 17 minutes long, and feature a full band that traverses incredible dynamic and sonic territory, from the intimacy of Indian classical music through jazz, gospel and stadium rock. It features some of the best live kirtan sound ever captured.

"From the perspective of Eastern philosophy, the bliss we are seeking is already inside of us. So it interests me that from a scientific
perspective this is also a true statement. Bliss is a chemical state
that the body itself creates and maintains, and it is a state that we are
apparently hard-wired to seek. Chanting is one of the world’s oldest
means of finding it.

Chanting affects the areas of the brain that produce our sense of
where our body ends and the world begins. It also slows and steadies
breathing, producing hormone and neurological changes in the body
that feel simultaneously calming and thrilling. One’s sense of
separation diminishes, and one’s feeling of connection increases.

Moving from the individual level to the collective level, the effect is
magnified. A group of people singing together, breathing together, is a cloud of intelligence, turning like a flock of birds. As the song itself
vanishes into the skies of silence, it’s a mighty thing to be a part of.
You feel intimate with all the strangers surrounding you, concurrently
expansive and still. Intensely, vividly, alive.

Even though I’m singing the names of Hindu gods and goddesses, I’m not really chanting to anything or anyone in an objective sense. I’m motivated by my interest in getting to a place of pure, loving,
awareness: beyond images and concepts, subjects and objects. That’s what God is for me. It’s an awareness I can only really touch in
moments of profound inner silence, and chanting is what gets
me there."

About this recording:
To understand Kirtan, you have to immerse yourself in it. Listening to
the music can be enjoyable, but if you don’t directly participate in it,
it’s like going to a carnival and watching other people ride the
rollercoaster. It’s much more rewarding when you jump on the train
and throw your hands in the air. This recording was made for singing
along. So take a drive, or take a shower, and just let yourself go.
I know from experience that singing always makes me feel better. I hope this recording makes you feel better too.